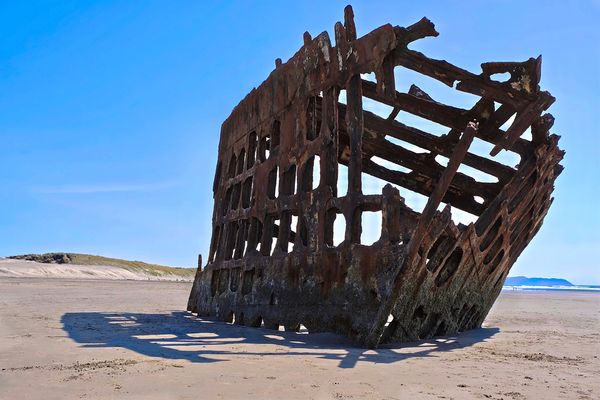 Almost a thousand vessels are retired every year and need to be dismantled, and Southeast Asia has become a major centre for ship recycling due to the unbeatably low costs they offer their services at. Nowadays, scrap yards in Bangladesh, India and Pakistan take apart 86% of ships reaching the end of their lives, and, in Bangladesh alone, it is calculated that it employs between 22,000 and 36,000 people. Unfortunately, it is, most of the time, done in appalling working conditions, dangerous to workers and harmful to the environment, and has been attracting the attention of the international community.

The use of the term ‘scrap yard’ in itself is much of an embellishment. Very often, ships are just deliberately driven in close to the shore at high tide so that they become grounded on the beach at low tide – a practice called ‘beaching’. Workers then go about dismantling them, often without specialised machinery or protective equipment.

The risks to the labour force are numerous. In 2013, a damning report by IndustriALL, a global union, found that, on the Gadani Yard in Pakistan, a 10km strip of shore host to 130 ship-breaking sites, no protective equipment whatsoever was used. Not a single pair of goggles, protective shoe or mask in sight.

Dismantling a ship also involves working from great heights and there again there was nothing in place to stabilise workers or prevent falls. Work was found to be uncoordinated and unsupervised so someone could be cutting a large block of steel directly above other workers working on a lower part of the ship.

Steel blocks falling on top of workers are indeed one of the main causes of accidents and fatalities as are gas explosions. In 2016, an explosion aboard an oil tanker being dismantled killed 27 workers and injured twice as many in the same Gadani yard. It was the worst incident in ship breaking history. A year later, oil residues inside the tanker caught fire again although the site had been declared safe and work had resumed.

Besides these immediate dangerous work conditions, long-term health problems are also a major concern. The paint on vessels often contains heavy metals and, as the workers cut off panels of ships by blow-torching them, they are constantly breathing in the toxic fumes thus released. Some vessels also have asbestos in their structure which is likewise exposed when they are dismantled. In addition, burnt cables will release PCB (polychlorinated biphenyl), a highly toxic chlorine compound.

In these developing countries, disposing of harmful materials safely is not a priority and discarded asbestos is simply piled up somewhere, in ‘mountains’ that local children use as a playground.

All this will result in long-term diseases which will start manifesting themselves in a couple of decades.

From an environmental point of view, using beaches to dismantle ships is also disastrous. The toxic chemicals and heavy metals such as chromium, lead and mercury found in high concentrations on these sites are difficult to contain and washed away with each tide going in and out, polluting waterways.

This ship-recycling industry was allowed to grow largely unchecked in the 1980es when international shipping companies were merrily sending their ships to die in unregulated parts of the world when legislation at home would have made it too expensive.

In 1992, the Basel Convention, a UN agreement which prohibited the export of toxic waste to developing countries, was signed to put a stop to it. Unfortunately, it is rarely as simple as that and it only prompted those companies to find new ways to circumvent this new legislation. Cash buyers were instrumental in enabling them to continue with impunity.

These intermediaries would buy a ship from the freight-forwarder, rename it, reflag it and forge documents if necessary to declare it free of toxic material and then dispose of it in one of those beach yards. Officially, the original shipping company was only selling on a vessel, not disposing of it, so this simple change of ownership was enough to legally absolve them of their obligations.

It took another 17 years for the next attempt to regulate the problem through legislation. The 2009 Hong Kong Convention for the Safe and Environmentally Sound Recycling of Ships attempted to set international standards for ship dismantling, although it didn’t ban the practice of beaching or try to regulate the disposal of hazardous waste. Nine years later, the agreement is still not ratified. However, what is perceived as the failure of this Convention as well as mounting pressure from international organisations led the European Union to adopt a new Ship Recycling Regulation back in 2013.

Due to come into effect by the end of this year, the EU Regulation defines new standards that recycling facilities must adhere to to be EU-approved. It also states that any EU-flagged ship must be recycled in one of these authorised centres and it strictly bans beaching. It also forbids the use of hazardous materials such as asbestos on ships and requires that an inventory of any other materials on board be made prior to her journey to the deconstruction facility.

Green groups have been critical of this new legislation however, saying that it doesn’t go far enough to prevent the practice of re-flagging described above or to prevent environmental damage. It is undeniable that disposing of vessels following all the proper regulations will cost infinitely more and it is feared that the policy will only prompt an increase in ships being re-flagged outside of Europe at the end of their lives.

Discussions are therefore afoot about a financial incentive to comply with these new rules such as a ship deposit return scheme where the last owner of a ship will receive a lump sum if they dispose of it as per EU regulation.

At the moment, the European Commission is waiting to see if ship owners will voluntarily comply and, if not, will propose a legislative amendment.

Looking for an international shipping company to transport your car? Contact McCullough on +64 9 609 1163 or request a quote on line. 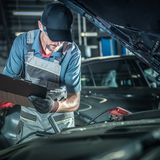 How to Buy a De-registered Car in NZ
Posted on 1st October 2018
If you are looking into purchasing a second-hand vehicle, you may come across so called de-registered cars. Their great advantage is that they can be a bargain. Although there are legitimate reasons why a car may be de-registered without it hiding anything sinister, you should however exert caution and do your homework as it can also be a sign that the vehicle is a lemon.
Read more 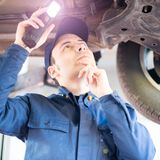 What is a Warrant of Fitness and Can I Arrange It Myself When Importing My Car?
Posted on 1st June 2018
During the certification process, your car will be issued with a Warrant of Fitness – also called Certificate of Fitness depending on the vehicle’s size - which is a key document when importing a vehicle into New Zealand.
Read more 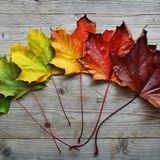 When Is the Best Time to Ship Your Vehicle
Posted on 29th June 2017
Car shipping costs vary greatly with the seasons. Read on to find out at what time of the year you will find the best prices.
Read more 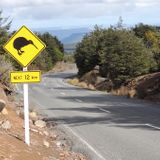 How to Import Cars to New Zealand
Posted on 14th May 2017
Thinking about importing your car into New Zealand yourself? Find out why it isn't a good idea.
Read more