What Does It Take to Be a Presidential Car: Meet ‘The Beast’

What Does It Take to Be a Presidential Car: Meet ‘The Beast’ 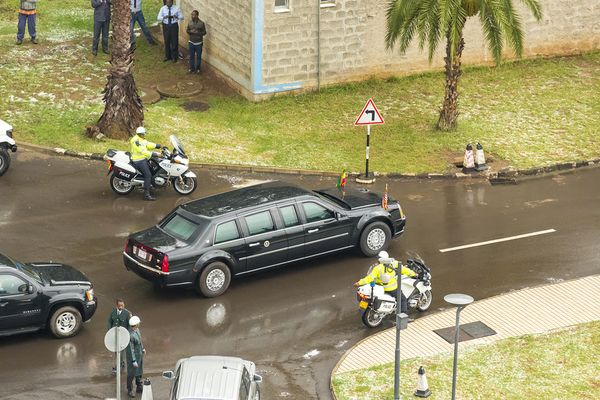 Being in the public eye has its price as one can become a target for ill-intentioned individuals either seeking to kidnap you for a ransom or simply kill you. On the move, it is therefore essential to have an armoured vehicle to protect you.

The President of the United States (POTUS) is allegedly the most powerful man in the world. It is no wonder, therefore, that there would be no expense spared to ensure his safety. Among highly classified measures to transport him is his presidential car, nicknamed ‘The Beast’. As you can expect, a lot of its features are jealously guarded. Donald Trump’s Beast has some design elements of a Cadillac and weighs between 7 and 9 tons but that is all is known. We know more about the car of President Obama though.

First of all, there isn’t only one Beast. The President of the United States travels a lot, so there can be about a dozen of them deployed around the world, each one costing about US$1.5 million.

As you can imagine, the car is fiercely armoured to resist attack, and puny bullets are certainly no threat! The doors, for example, are 20cm thick and each one weighs as much as the cabin door of a Boeing 757. They are made of a combination of hardness steel, aluminium, titanium and ceramic.

An easy way to destroy the car would be to target the fuel tank and make the car explode, and this is the reason why it is also heavily protected, and not only with an armour, as it is also filled with a special foam which expands on impact and prevents it from exploding even if directly hit. The boot holds an oxygen supply in case of a chemical attack and a firefighting system, and there are also two pints of the president’s blood stored for an emergency transfusion.

Inside the cabin, the area where the President sits is equipped with a satellite phone and a direct line to the Vice President and the Pentagon. There is also a panic button and the President is the only person able to lower down the glass partition between the cabin and the driver’s seat.

The tyres can run even when deflated, are reinforced with Kevlar and are shred- and puncture-resistant. If despite all this, they were damaged, the wheel rims are so strong that the car could be driven even without tyres.

At the front of the car, the windshield can resist impact of bullets meant to pierce a plate armour, and a .44 Magnum – windows are about 13cm thick. In the whole car, the chauffeur side window is the only one that opens, and only by 7.5cm, to pay tolls or talk with the secret service agents normally flanking the car. The dashboard contains an independent GPS tracking system and a communications centre.

As for the chauffeur, he is not only your usual suave driver with impeccable manners and discretion, he is also trained by Secret Service for escape and evasion and driving in the most demanding conditions.

You probably won’t be surprised to read that the Beast weighs 8 tons, and for this reason, can’t go any faster than 100km/h. Its petrol consumption is off the chart and as for its CO2 emissions… you don’t want to know!

Details of a new presidential car are always kept secret. It is not even always known which manufacturer has been awarded the contract and when prototypes are tested, they are painted with a camouflage paint to make it difficult to identify its features.

But it is not the only aspect that is classified. President Obama’s Beast had no key lock for example. How do you open the doors then? Well, we could tell you but Secret Service would have to kill you! Seriously, only Secret Service (and the President presumably) knew how to.

Likewise, taking the presidential car to the local mechanic for servicing and repair is out of the question if you don’t want to reveal the specifications of the vehicle. It is looked after by Secret Service, and the other vehicles in the president's motorcade by the White House Military Office.

Once a car is retired, the secrecy is maintained as it could give clues to a Beast in service and it is destroyed by, you guessed it, Secret Service. They use bullets AND explosive rounds to make sure the car is utterly destroyed and no intelligence can be gathered from the wreck.

An exception to this rule is the 1993 Cadillac Fleetwood used by President Clinton which is on display at the Clinton Presidential Center in Arkansas. It is, however, on display with its door locked and when the museum curator wants to have the interior cleaned, they have to contact the regional Secret Service office for them to do it.

You could think that, with all these features, POTUS is safe enough with this car alone, but you would be wrong.

Whenever he needs to travel by road, a full motorcade comes with. Under President George W. Bush, it was constituted of up to two dozen cars and this number rose to 30 to 45 vehicles under Obama. There were police cars to clear the road, sports cars to carry Secret Service and other utility vehicles for a counter-assault team, ‘hazardous-materials mitigation’ personnel and equipment, and White House staff such as the Communications teams, plus press vans and an ambulance. Not really travelling light!

If you are looking for an experienced shipping company to transport your vehicle, give us a call on + 64 9 309 11 63 or request a free online quote.

Small Cars, Big Prices
Posted on 29th August 2016
Find about the toy cars children used to buy with their pocket money that have become collectibles and cost more than a real car.
Read more 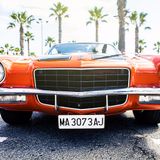 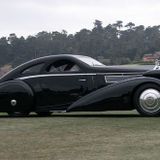 The Top 10 Unusual Cars You Won’t See Exhibited at the Petersen Museum
Posted on 15th December 2015
The Petersen Automotive Museum is renown for its collections of classic cars. Discover the one-of-a-kind vehicles they also keep in their vaults.
Read more 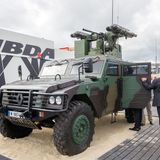 How to Source and Import and Ex-military Vehicle
Posted on 15th November 2015
If you’re looking into importing an ex-military vehicle into NZ from Europe, the US or Australia, contact McCullough, the expert in vehicle shipping.
Read more