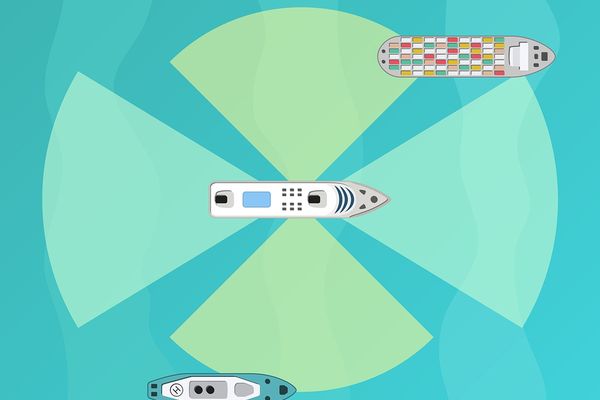 If we say “autonomous”, you will probably be thinking of the variably successful trials of self-driving cars on the roads. There is, however, another industry that may benefit from the technology: the shipping industry.

Over the last few decades, international transport has been continuously changed by technology, and creating ships that can pilot themselves seems to be the shape of things to come.

Rolls-Royce need no introduction as a worldwide manufacturer of luxurious cars, but what they are perhaps less well known as is as major defence contractors, the second-largest maker of plane engines on the planet and the owners of significant businesses in the marine propulsion and the energy sectors.

Over the last few years, a series of strategic partnerships between Rolls-Royce and other technological companies have shown that they are serious about becoming a major player in Smart ships and control centres.

They are, for example, leading the Advanced Autonomous Waterborne Applications Initiative , a think-tank funded by the Finnish government bringing together universities, ship designers and equipment manufacturers to explore the economic, social, regulatory and technological factors that need to be addressed before autonomous ships can become a reality.

Rolls-Royce are also a member of the Norwegian Forum for Autonomous Ships whose objectives are to promote cooperation between users, researchers, authorities and other parties that would be involved in autonomous ships and their use as well as a founding member of the Finnish Ecosystem for Autonomous Marine Transport so, all in all, very well placed as far as developing the technology and the framework for autonomous global shipping is concerned.

In 2016, they joined strengths with VTT Technical Research Centre of Finland, an innovation company, to design and test the first generation of remote and autonomous ships. The company has a vast experience in ship simulation and developing safety-critical and complex systems and their model and tank testing, combined with data analytics and computer visualisation, made it the perfect partner for Rolls-Royce’s project. Working with VTT enabled RR to evaluate safely the reliability of remote and autonomous prototypes.

So the opening of a Rolls-Royce R&D centre in January 2018 seems like the next logical step in their long-term strategy. Along with partners, they plan to focus on developing the land-based control centres which will be crucial to manage autonomous ships, and the use of artificial intelligence in shipping operations.

In October this year, they announced a partnership with Intel to develop an entire fleet of autonomous vessels that wouldn’t require any humans on board by 2025, thanks to a new technology, the Intelligent Awareness System, which they will test by installing on a manned vessel this year.

The system relies on an extensive network of cameras, radar, and LIDAR controlled by a centralised program and vision algorithms to detect obstacles. Rolls-Royce will be using Intel’s 3D NAND solid-state drives to store the data from this network and Intel Xeon chips to process the information. The Intelligent Awareness System is a cornerstone of autonomous ships as it will have the ability to classify any obstacles around them, be they tankers, cargo vessels, cruise boats, pleasure craft or tugs, including at night and in busy ports.

In addition, it will provide better visibility than current systems in adverse weather conditions as it collects and interprets data from several sources.

Rolls-Royce also signed in October an agreement with Google to further develop the Intelligent Awareness System which will allows them to use Google’s Cloud Machine Learning Engine to train the company’s AI classification system for detecting and identifying the objects a ship can encounter at sea.

However, Rolls-Royce are not the only ones to be investing in the autonomous technology and we have seen similar initiatives flourish in different parts of the world.

In Norway, for example, the Norwegian Maritime Authority and the Norwegian Coastal Administration opened the first area in the world dedicated to testing autonomous ships in 2016. Since then, Norway has opened three more test areas that can be used by international organisations.

In 2017, maritime companies Wilhelmsen and Kongsberg formed a Joint Venture, named Massterly, to establish the first autonomous shipping company in the world. Thanks to their respective expertise, the company controls the whole production chain from design and development to control systems, logistics services and operations. They have been using the test area in Norway for the Yara Birkeland, the world’s first all-electric - and of course autonomous - container vessel; the Hrönn, an unmanned offshore support vessel, and marine robotics.

In China, earlier this year too, a partnership between local government, China Classification Society, Wuhan University of Technology and Zhuhai Yunzhou Intelligence Technology started the construction of a test area for autonomous ships in Guangdong.

The Wanshan Marine Test Field will be the first in Asia and, with is area of 771 km2 will be one of the world’s largest, is expected to become the country’s main base for research into autonomous ship technology.

Last year, industry bodies in China established the Unmanned Cargo Ship Development Alliance with the objective to create and facilitate technical product rules as well as organizing and leading the development of future unmanned shipping.

Interestingly, when the International Underwriting Association (IUA) conducted a survey with insurers, it showed that 80% of its members supported the idea of autonomous ships when self-driving cars are still met with strong opposition by a range of industries, so it could be that we see unmanned ships before we see autonomous cars on the streets.

If you are looking for an experienced company to ship your car, motorhome, caravan or bike, talk to us. We have almost three decades of experience and are proud to have helped many satisfied customers. We are just a phone call away, on +64 9 309 1163 and you can also request a quote online.

The Philippines President Has Millions Worth of Cars Crushed
Posted on 15th August 2018
In March this year, Philippine President Duterte made a grand demonstration by being filmed overseeing the destruction of 68 high-end and classic cars and motorbikes being crushed ruthlessly.
Read more 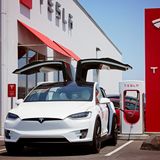 Sabotage, Espionage and Whistleblowing
Posted on 1st July 2018
The last year or so hasn't been plain sailing for Tesla who have had to contend with production issues on the Model 3 and staff issues.
Read more 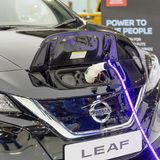 Why Japan May Be the Next Car Superpower
Posted on 30th January 2018
Renowned for excellence and innovation in electronics, Japan is in an ideal position to become the new superpower in car manufacturing.
Read more 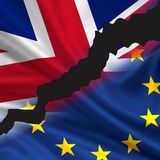 How Brexit Has Affected the Car Market in the UK
Posted on 14th October 2017
Following Brexit, the UK experienced an economic boom due to the pound falling. A year later, it has become clear that exiting the Common Market will make cars much more expensive.
Read more